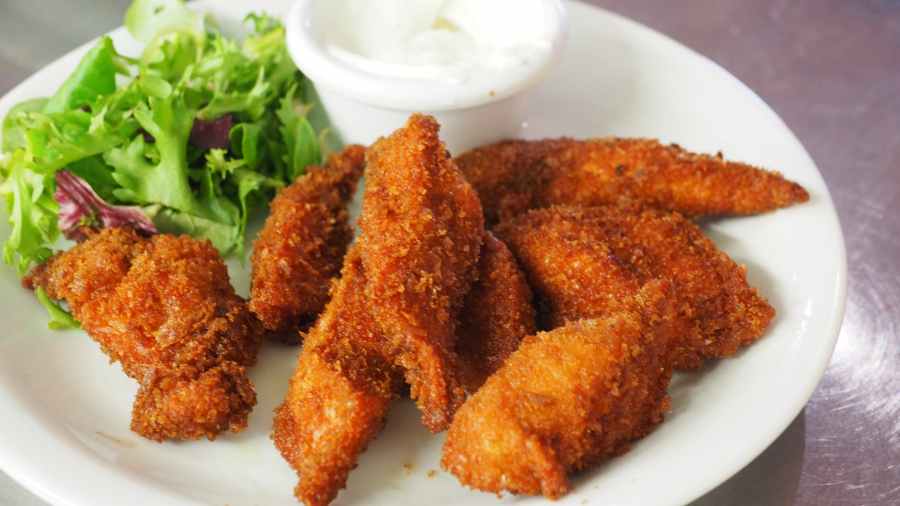 This week’s post is inspired by my “craft” activity at Sunday school last week.

After talking about the Lord’s Prayer, I got them to mind-map their own prayers in groups. I also had the optional activity of writing a prayer or two on a piece of paper and giving it to a friend, so that the friend could pray for them during the week.

During craft time, I found the below prayer request on the floor of the Sunday school hall. I love that it comes complete with a labelled diagram.

I had to take a photo because I thought it was great. It’s humorous to say the least and such a classic, childlike request. (NB I also found a distinct potato fetish going on across their mind-map).

Often as adults, if we believe in God, we think that he’s quite tight and doesn’t really want to give us anything. We’ve got to beg to be blessed. That goes totally against the message of The Bible. Instead, it presents to us a God who longs to rain down blessings (perhaps chicken nuggets) from heaven to us.

It reminds me of a section in the Old Testament of The Bible. Basically this is one of those times when the Jews have wandered off course spiritually and God sends them a prophet to tell them where everything is at currently.

The message in summary, is that God is not a fan of their religiosity, which at the end of the day has had absolutely no impact on their life. But he’s not giving up on them just like that, because that’s not how God rolls.

Instead he wants to bless them. That’s his mode of operandi, even for those who have turned their back on him. God says to Malachi (the prophet at this point) that he wants this message passed on to the wayward Jews:

There are lots of reasons I like that section.

First, God is no idiot. You can’t just come to God and expect him to do anything for you while you’re rudely ignoring him. It doesn’t work like that. You can’t play him for a fool.

Second, God is all about forgiveness. He totally forgets all the wrong things that we have done, when we decide to listen in and do what he asks instead.

Third, he gives graciously and doesn’t harbour resentment. It’s not like God brings up all our past failings and doesn’t let you sit in the comfy chair near the heater, because you don’t deserve it. God is not like that at all. He longs to give you great things.

So we should ask him for them.

Test me in this,” says the Lord Almighty, “and see if I will not throw open the floodgates of heaven and pour out so much blessing that you will not have room enough for it.

Yours in a raincoat holding sweet’n’sour sauce,