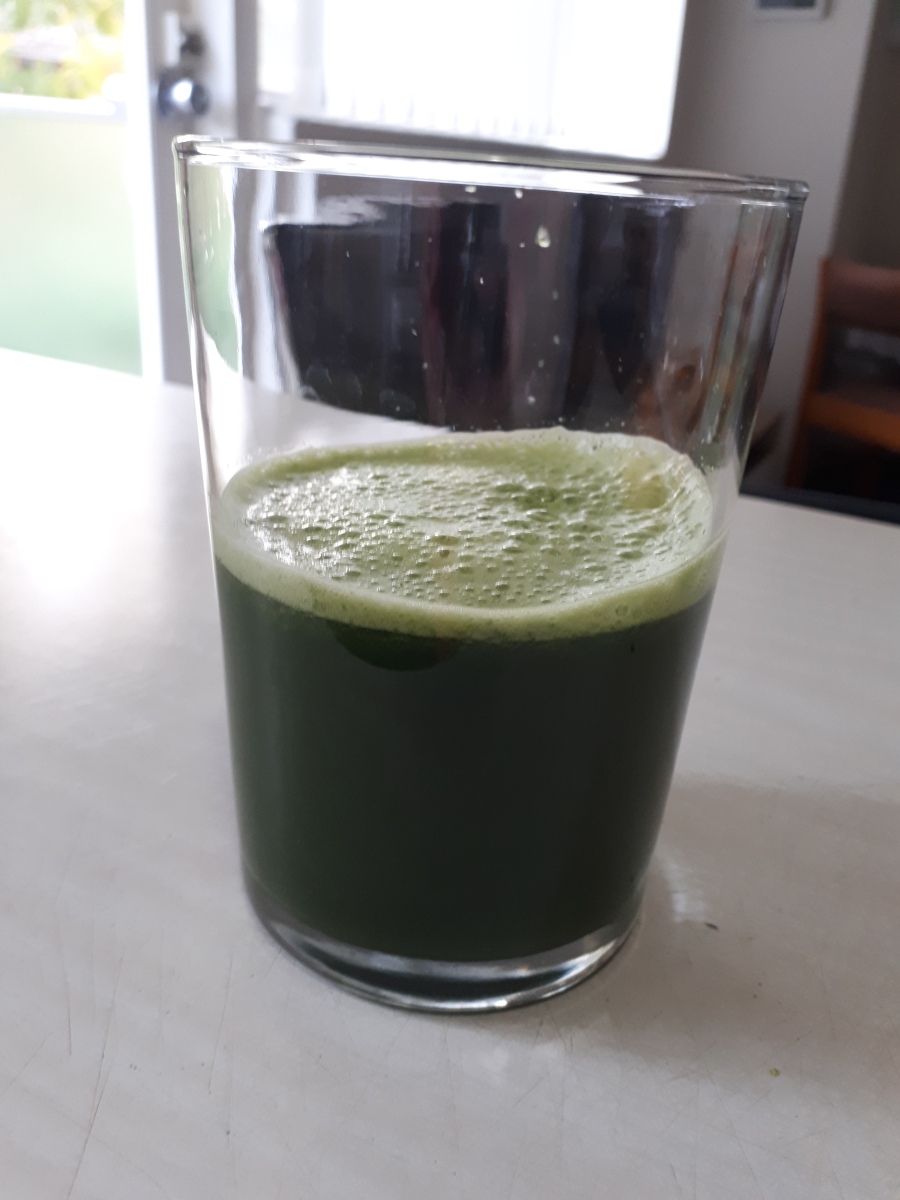 Last weekend I made myself a kale and spinach shake. This is by far the most hipster thing I have ever done.

I had a bag of ‘power vegetables’ that I needed to use up soon, before they turned into mush. I noticed on the back of the bag a suggestion to “try something different”. This different thing was a shake made from the greens in the bag, plus some coconut water and a dash of lemon juice.

Actually, judging by the amount of coconut water available at my local supermarket, a fair few people buy the product; but this was definitely the first time I have bought it.

The kale and spinach shake looked very green and not appealing at all. Yet, when I consumed it, it didn’t taste as bad as I thought it might. I felt like there was a parable in that.

Trying something different. Something that you don’t think is going to be good. That something turns out to be more palatable than you first thought.

In contemporary society, Christianity and attending Church is frequently presented as a terrible thing. I think what irks me the most about this, is that the sharers of that message are often people who haven’t attended Church since the early 1980s, or haven’t attended Church at all…. and perhaps never even read The Bible seriously.

I’m not sure why we are so happy forming our opinions from the uninformed when it comes to religion. We don’t do this in our tertiary education institutions (I sure hope not). Usually we form our opinions based on the knowledge of those who have experience and research backing what they are saying.

So why then, when it comes to religion, do we feel so happy to commit intellectual suicide?

Why do we limit our opinion to that of the potentially ill-informed instead of finding out about it ourselves?

Why do we let our level of curiosity crawl back into its box when it comes to Jesus, when the rest of the week we might be quite inclined to explore and research things for ourselves?

Or are we seriously happy to just ask Google anything these days and limit it to that?

Let’s not become dull and ill-informed by some biased opinion that lacks a whole heap of research. Why not try something different? Why not try reading The Bible? Why not try attending a Church? It may end up being more palatable than you first thought.

You may also end up with about half a litre of coconut water in a carton in your fridge with which you have no idea what to do (coconut milk and I’d be fine). Drink it, I guess.

And you may end up (potentially) ruining your blending stick because the hipsters at Woolworths don’t know that in recipes you usually include the quantities for each item. But hey, I tried something different.

You might not manage it with finesse the first time, but that doesn’t mean you give up trying again.

Try something different. Try Jesus. Try Christianity. It might be more palatable that you first thought.

Yours in a Hawaiian shirt and overalls,