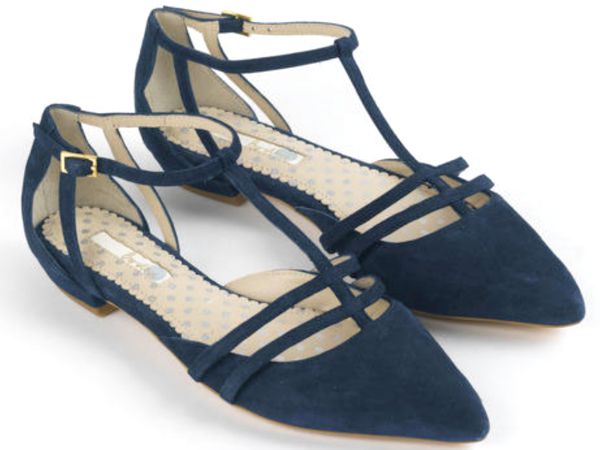 Walking around my neighbourhood the other day, I was amused to find a pair of shoes sitting on a wall just next to the footpath. They were sitting in a bag with the message ‘Please Reuse Me’. Whilst I think the message related to the bag, it did look like someone had left their shoes out for a passer-by to take a fancy to them and give themselves a new pair of shoes.

As I went on further I passed not only a second pair of shoes sitting on a wall, but also a third… and then a fourth. At this point I started wondering whether there was some neighbourhood shoe swap going on and I’d missed the memo for it.

Because there they all were, just sitting on their respective walls – used, but still usable. And, just there for the taking.

I can’t be sure about what was going on with all those pairs of shoes, but it really did feel like I’d missed the message.

I think some people feel like they’ve missed a message from God at times. When things don’t go so well, they wonder if God or the universe in general was trying to tell them something and they missed it.

I feel like that’s such a terrifying concept: to be adrift in life and to feel like you’ve missed the message. It’s more than just FOMO with the latest post from a friend on social media. It’s much more than that.

It’s a message from another world, another realm. From the one who Christians believe made the whole creation. If he were to speak, he’d surely have something worthwhile to say.

But how do you hear from God? Well, there’s a few good places to start.

Obviously The Bible – easily able to be picked up and read. You can download an app from Bible Gateway for free – too easy.

Another way you can find out what God has to say is by asking people who have read The Bible and are regularly listening to God.

If you’ve never tried listening to God before, it could seem like quite a weird thing to do, but it’s not. It’s more of an amazing thing. Amazing that there is a divine being out there who actually cares to communicate with humanity.

He even put the invitation out, quite some time ago…

Thus says the LORD who made the earth, the LORD who formed it and established it, the LORD is His name: Call to me and I will answer you and tell you great and unsearchable things you do not know

God actually wants to talk to us. He wants to communicate with humanity. And he’s got messages he wants to give to us…

That’s not something to miss out on due to claims of lack of time, attention or general laziness; because it’s a big deal.

It’s even better than shoe shopping… can you believe it?

Yours in a pair of new shoes,

Image Credit: Image from Chic at Any Age. Looks like a pair I bought recently…